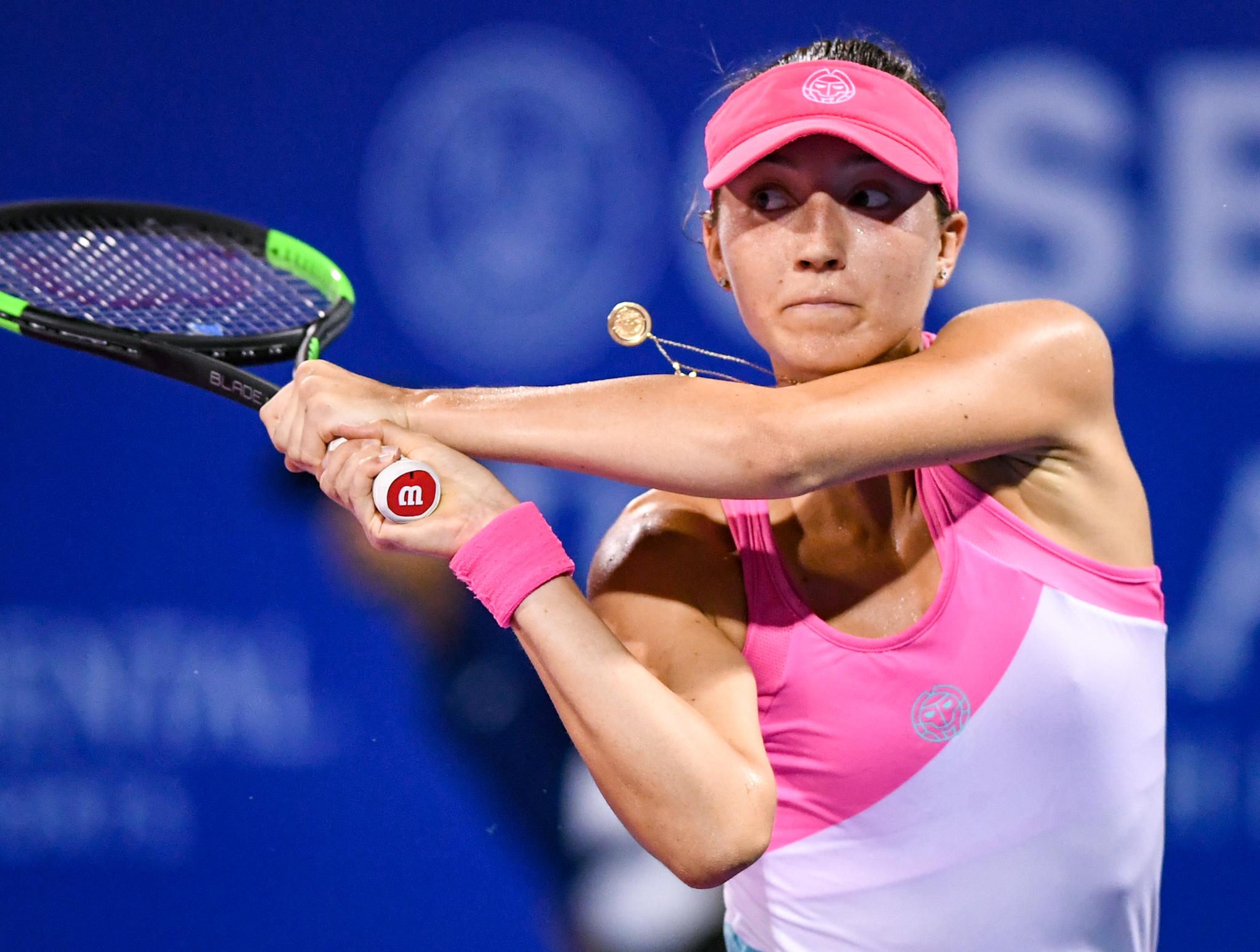 Saint Valentine did not bring much love for the seeds on quarterfinals day in Hua Hin with the No.1, No.3 and No.4 seeds all failing to make the semifinals.

Japan’s Nao Hibino caused the upset of the week taking out top seed Elina Svitolina in straight sets 64 62.  Hibino, seeded No.8 in Hua Hin is ranked 80 places below the Ukrainian in the WTA rankings at No.84 and until today had never beaten a top 10 player.  In the match today she went one better and scored her first top 5 win to reach the semifinals and hopes to go even further:

“I’m just super happy right now because Elina is one of the best players in the world.  I’ve been watching her on TV so many times so I’m so happy. I love playing here in Thailand so I want to stay as long as possible so I will try my best tomorrow.”

Svitolina, had won the only previous meeting between the pair 60 63 in Hong Kong in 2018 but gave her opponent credit for the win today:

“It was very hard conditions to play and to be fair she played a great match, she went for it on important points and got rewarded for it.  I wish I could play a little bit better on the first set and I think this was the key and she played really unbelievably at the important moments.”

Swiss teenager Leonie Kung continued her stunning run in Hua Hin all the way from the qualifying rounds to the semifinals.  The 19 year-old was not intimidated by facing No.3 seed and World No.27 Wang Qiang and held her composure to win in three sets 75 46 64 in front of some vocal crowd support:

“I really tried to stay calm and I had so many great supporters in the crowd and I’m really grateful for that, it really helps.  I’m so happy the hard work paid off, I worked so hard for this and I’m really living my dream right now so I’m just enjoying it.”

Fourth seed Zheng Saisai fell to world No.105 Patricia Maria Tig who previous to today had a 5-6 losing record against players in the Top 40.  The Romanian is on the comeback trail after two years of injuries and having a baby and today’s win took her back into the top 100 for the first time since 2017:

Fifth seed Magda Linette is the highest seed left in the draw after she fought back from a set down to see off the challenge of the youngest player in the draw, China’s 18 year-old Xiyu Wang.  In reaching the last four she equals her performance in Hua Hin from 2019, when she also reached the semifinals and explained that although the conditions have been very different in 2020 there is still something about the tournament that suits her game:

“It’s interesting because it’s different conditions to last year, it wasn’t as windy last year but I think maybe the courts and the heat, I like playing in the heat, so I guess those two factors and I took some confidence from the tournament before, I guess that helps.”

“It was really tough conditions today and she was playing really fast with a lot of spin and obviously she’s a leftie which made it even more difficult.  But I just felt like I was a little bit all over the place so I just tried to stay as close as possible to her and just wait for my moment.”

As the highest seed left the Pole knows that she has an opportunity but is not taking Tig, her next opponent lightly:

“She beat Saisai so she must be feeling really well and the last year was phenomenal for her so I’m expecting a really tough match, I little bit different than today because it’s going to be a little bit more flat but a right-handed opponent but it’s still going to be a really tough match and she has nothing to lose so i’m expecting a battle.”DOWNLOAD LINK – Rights-free images – Credit: GSB Thailand Open presented by E@