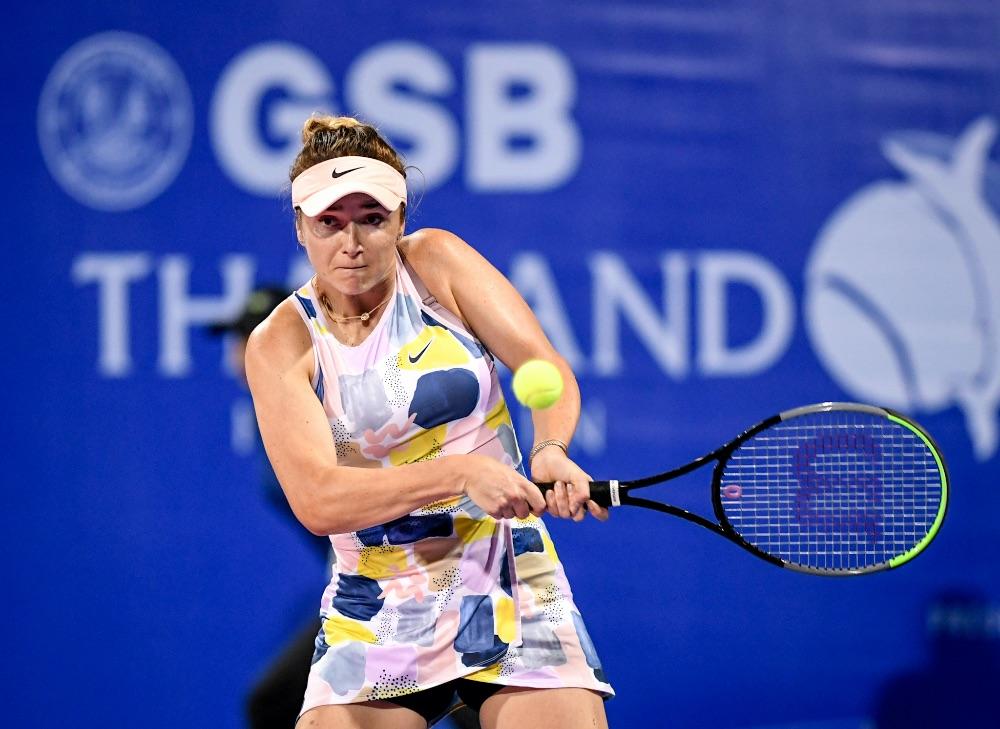 2018 US Open junior champion Wang Xiyu continued a successful week in Hua Hin reaching her first WTA quarterfinal with a 63 64 win over Austria’s Barbara Haas.  The teenager confessed to having some nerves towards the end of the match but her serve and strong groundstrokes carried her through on another blustery day in the Thai seaside resort:

“I’m very happy in the match I was a little bit nervous in the end but still I was trying to focus on my work, do my tennis, was good actually.”

Wang will face Poland’s Magda Linette in the next round, who defeated Peng Shuai 75 61 and the Chinese teenager knows she will need to play well to continue her run:

“I must have a positive mentality all the time, like keep going and it’s going to be a very good lesson for me because she’s a very good player and I just try my best in the next match.”

Linette did not seem to experience any after effects from her birthday celebrations yesterday and moves a step closer to matching her 2019 performance in Hua Hin where she reached the semifinal:

Top seed Elina Svitolina was too strong for qualifier Storm Sanders despite the Aussie putting up a spirited challenge from the outset the World No.4 secured the win 61 62:

“I was playing well today and I’m very happy with the way I was playing in the beginning because she’s very tough, I had to step up my game and I think it was the key to the match.”

Questioned after the match about whether her boyfriend Gael Monfils’ recent ATP tournament win in Montpellier is an extra incentive to do well this week she smiled:

“Well yes we have a little competition, I will try my best to win this week and also he’s playing now in Rotterdam, so it’s going to be a little contest for us.”

Romania’s Patricia Maria Tigmade short work of China’s Xiaodi You for the second time in Thailand in as many weeks. Tig won 5-7, 6-3, 6-2 in the first round of last week’s Nonthaburi ITF W25, going on to reach the final and today needed only two sets to progress 61 63. The Romanian reaches her third WTA quarterfinal since returning from maternity leave after the birth of her daughter Sofia.DOWNLOAD LINK for rights-free images: Credit – GSB Thailand Open presented by E@