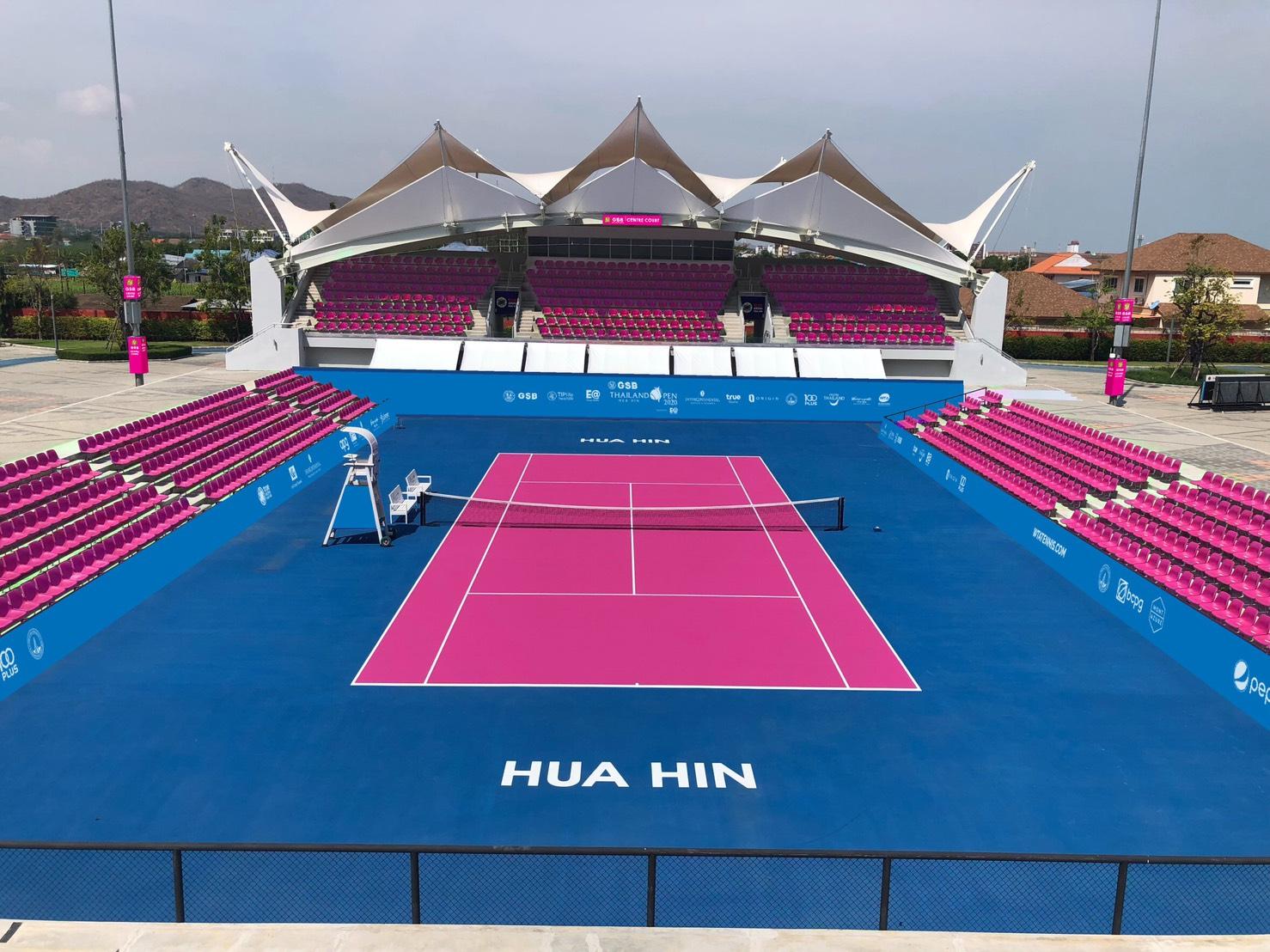 This year’s GSB Thailand Open 2020 presented by EA, taking place from 8-16 February in Hua Hin, will boast vivid pink courts as part of the tournament’s charity initiative to help the fight against breast cancer.

The Plexicushion match courts for the US$275,000 (Bt8.8 million) WTA Tour International women’s tennis event have been painted pink to help raise awareness of breast cancer. Ticket sale proceeds from the event will also go to the Queen Sirikit Centre Breast Cancer Foundation, a charity started by Her Majesty Queen Sikrit, Queen Mother of Thailand.

Breast cancer is the most frequent cancer among women, impacting 2.1 million females globally each year and also causes the greatest number of cancer-related deaths among women around the world*.  Early detection is known to have a large impact on survival rates so bringing the illness to public attention can help to save lives.

“This is such a fantastic cause and as a world class women’s sports event, we want to do our bit to fight a disease which affects so many women around the world and here in Thailand. The courts look and play great and we know that they will see plenty of amazing tennis during the week.”

“We have some incredible players coming to Hua Hin to compete and it’s going to be wonderful to see talented global stars like Elina (Svitolina) and Sam (Stosur) stepping onto our eye-catching pink courts. We’d also like to thank our tournament sponsors, Khun Suwat, Deputy Prime Minister of Thailand, Proud Group and True Arena, title sponsor GSB and presenting sponsor EA for their support in making the GSB Thailand Open presented by EA possible.”

*Breast cancer figures according to the World Health Organisation