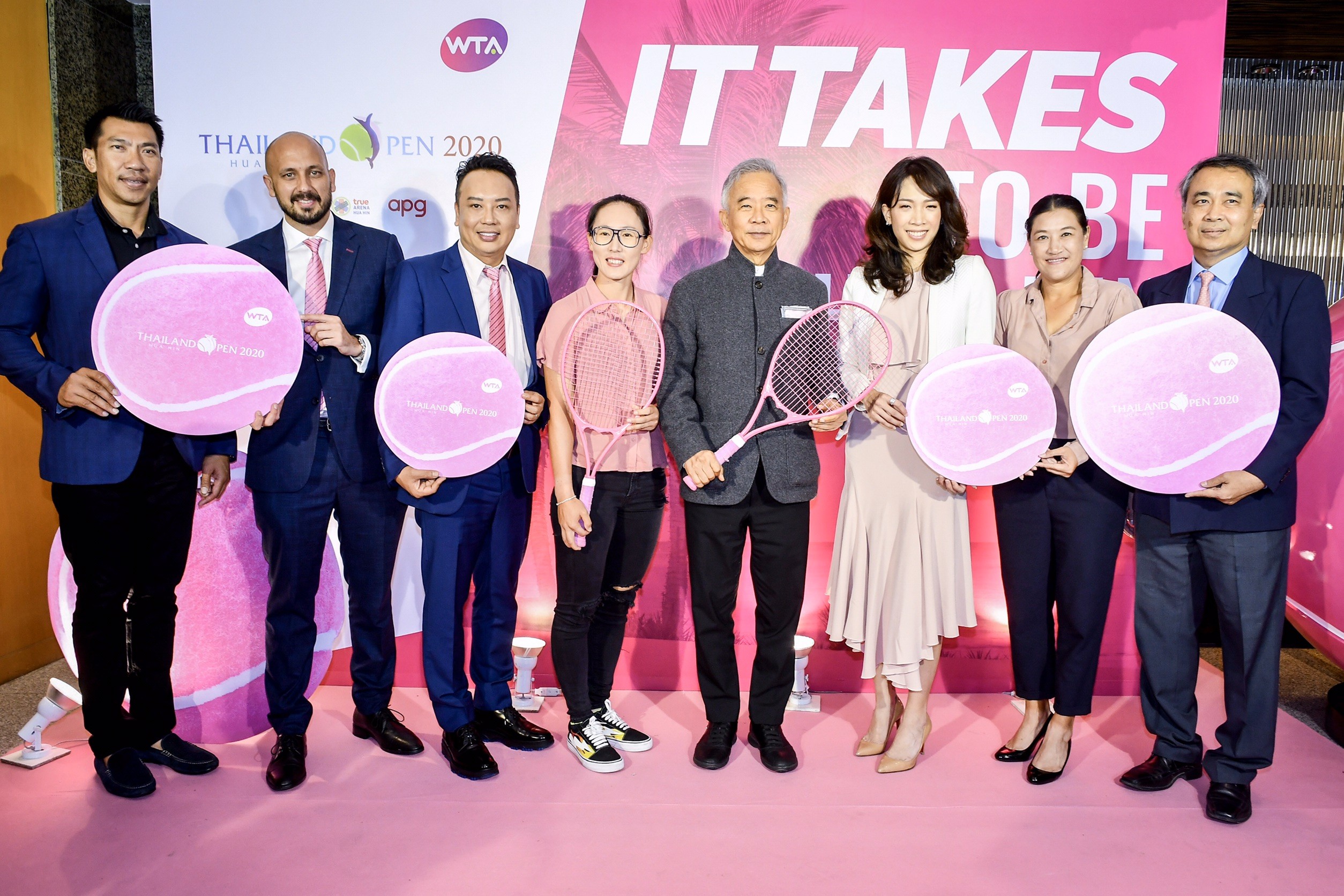 The WTA Thailand Open turned pink on Tuesday to confirm its return to Hua Hin in 2020 and announce a charity initiative that will see all ticket revenue donated to a local breast cancer charity.

Thailand’s sports fans will once again have the opportunity to watch live, world-class tennis at the WTA Thailand Open 2020 taking place at the True Arena, Hua Hin from 8-16 February 2020.  What’s more, they will know that by just watching a tennis match they will be helping to fight breast cancer as the WTA International event will donate all ticketing revenue to the Queen Sirikit Centre for Breast Cancer Foundation to help patients with terminal cancer.

The WTA Thailand Open will donate a minimum of THB 1 million, approximately $US33,000, in addition APG will also donate $US10,000, the WTA $US5,000 and WTA Charities another $US5,000.  The tournament and the WTA will also create a charity program in the lead up to the event with players helping to expand awareness of the issues surrounding the disease.

Former world number 19 and the only Thai woman to have ever reached the world top 20, “Tammy” Tamarine Tanasugarn, has confirmed that she will compete at the event, as has Zheng Saisai, China’s world number 41.  Both attended a press conference on 19th November alongside Paradorn Srichaphan, former world number 9 and now Co-Tournament Director of the WTA Thailand Open.

“I could not be happier with the Women’s Tennis Association’s (WTA) trust in True Arena Hua Hin to host this WTA International tournament event for a second consecutive year.

What’s even more special is that we will be raising a lot of money for the Queen Sirikit Centre for Breast Cancer Foundation to help patients with terminal cancer for the “Bann Pak Ping” project.

New for 2020 in terms of competition is the use of Electronic Line Calling as well as the 25 second shot clock rule.”

The first edition of the WTA Thailand Open was held from 28 January to 3 February 2019 and attracted a world-class field including former Wimbledon Champion and former world number one Garbine Muguruza alongside Chinese star Wang Qiang.  The title was won by rising WTA star and current world number 22 19-year-old Dayana Yastremska from Ukraine in front of a sold-out crowd.

The ‘Road to Thailand Open 2020’ program will also take place in the lead up to the event to select Thai players to be awarded wild cards into the WTA Thailand Open and provide unique opportunities for local players as well as a legacy for the event.