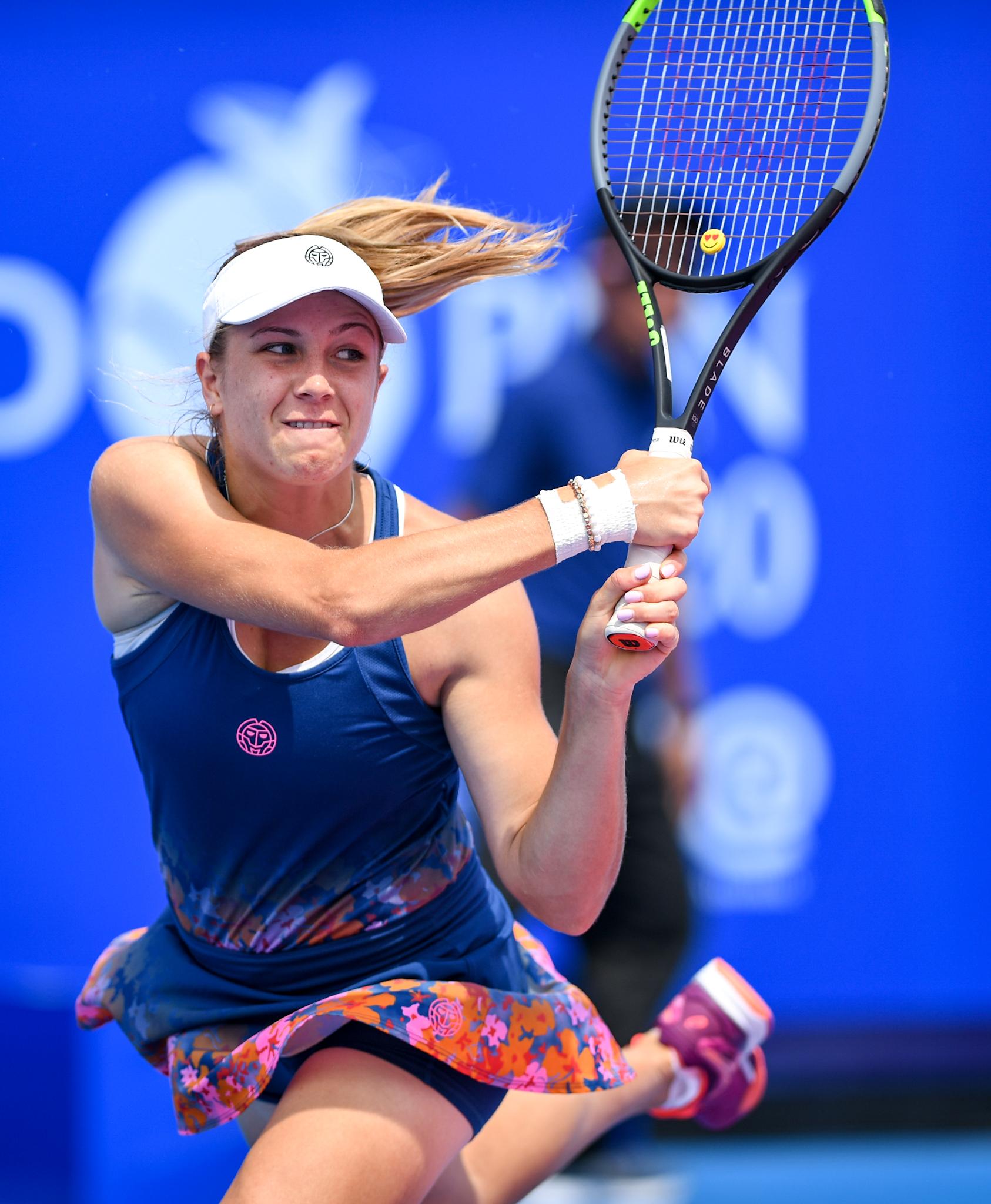 The qualifying draw was completed on a breezy Sunday in Hua Hin and moving through to main draw are Australians Ellen Perez and Storm Sanders, Switzerland’s Lionie Kung, Norway’s Ulrikke Eikeri, En-Shuo Liang from Chinese Taipei and Japan’s Chihiro Muramatsu.

Australia’s Ellen Perez made a fast start on GSB Centre Court allowing Riya Bhatia only one game to win in straight sets 60 61 and was very happy with her performance:

“I thought I played really well.  I came out and started really strong, I had a high percentage of first serves and I made a lot of balls to start the match, really put the pressure on her to come up with something and I guess in the end it kind of paid off.”

Nineteen-year-old Leonie Kung from Switzerland is no stranger to success having reached the final of junior Wimbledon in 2018.  However, she had to battle for the 64 63 victory over Fang Ying Xun who had beaten her in their previous meeting, but was delighted to make it through to her first WTA main draw:

“It was a really tough fight, I’ve played against her before and I lost in three sets so I was really happy to be able to win today here in Thailand.”

Storm Sanders, the second Australian to make it through qualifying came from a set down in both of her qualifying matches to progress.  On GSB Centre Court today she fought past local favourite Peangtarn Plipeuch 57 63 62 and admitted to feeling the effects of yesterday’s match in her legs at the beginning of today’s match:

“It was a tough match, another three-setter.  I was feeling pretty tired after yesterday as it was a long match yesterday as well but I’m really glad to get through it and be in main draw on these beautiful courts.  I love the pink, it’s amazing and hopefully gave me some inspiration as well, the raising awareness for breast cancer and research, so it’s been a pleasure playing here so far and hopefully I can go further.”

Joining Perez, Kung and Sanders in the main draw are Eikeri who overcame Great Britain’s Sarah Beth Grey in straight sets 62 63, Liang who defeated Uzbekistan’s Akgul Amanmuradova 75 61 and Muramatsu who came from a set down to book the final place in main draw with a 57 75 63 win over Italy’s Lucrezia Stefanini in a three hour marathon.

A lucky-loser spot also opened up in the main draw after wild card Eugenie Bouchard was forced to withdraw from the main draw with a wrist injury.

The Doubles Main Draw has also been made and will start tomorrow.